On April 15, 1989, Dr. Ted Engstrom, President-Emeritus, World Vision and Dr. Orvel Taylor, President, Christian Evangelistic Assemblies, dedicated New Theological College for the glory of God and the service of humanity. Many distinguished guests from several parts of the world witnessed the dedication. It was of particular joy for us to have the presence of the eighty-two-year-old Dr. Janie Fountain New and her eighty-four year old sister, Dr. Lucille Holliman, for the dedication. Dr. New unveiled the dedicatory stone of the College named after her late husband.

Click here to read more about the history of Good News for India and New Theological College.

Dr. Ted Engstrom taught the first course in the College. A group of sixty invited Christian leaders from across north India attended his seminar on the Development of a Christian Leader and Time Management.

Immediately following this, we began to offer short courses and seminars on various topics. Many distinguished teachers helped us in conducting these courses. Soon we started a five-month Discipleship Course and a four-month Mission Orientation Course in Hindi, India's national language.

• In 1998 NTC received accreditation from Asia Theological Association (ATA) for B.Th. degree and in 2003 we were affiliated to the Senate of Serampore for both B.Th. and B.D. (master's) degrees.

• In 2004 we launched B.Th. degree course in Hindi that received affiliation from the Senate of Serampore in 2008.

• NTC's Master of Divinity program received accreditation from ATA in 2007.

NTC provides quality training to God's people who want to serve Him in the Indian subcontinent. Our goal is to see spiritually vibrant labourers for the harvest who are well equipped to proclaim the Gospel to every segment of the society.

We have already received many honors as our students are consistently ranking among the top achievers in the entire family of Serampore Senate that consists of fifty-three seminaries all across India. We are very thankful to the Lord for His help thus far. He has truly been "Ebenezer" to us. 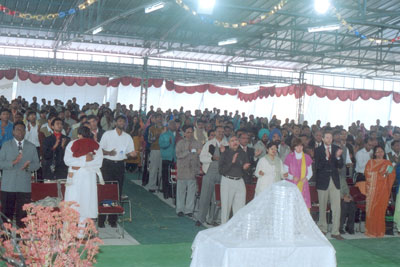 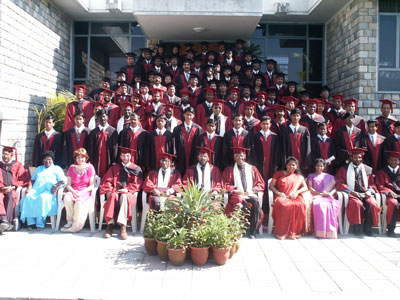